SOGET partner of the Rencontres Africa in Kinshasa 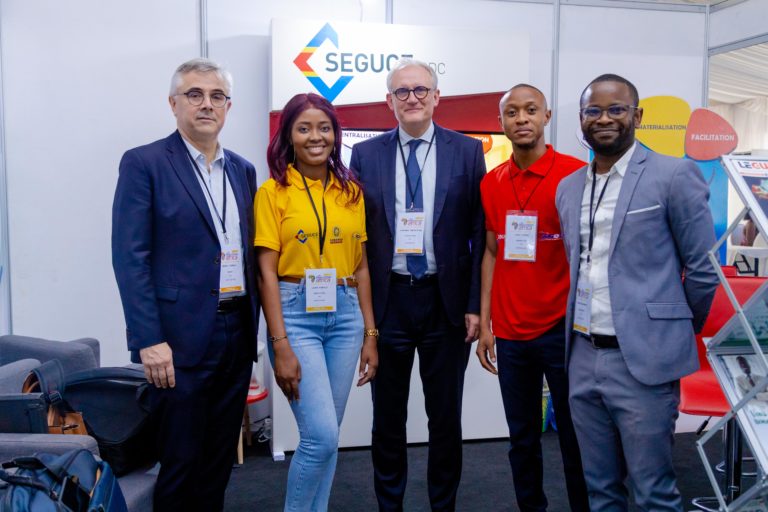 SOGET was present alongside Bureau Veritas and SEGUCE to present the Guichet Unique du Commerce Extérieur at the Rencontres Africa 2022.

Rencontres Africa is a business convention founded in 2016 between French and African business leaders. The event alternates each year between France and Africa and is organized by Classe Export.

The business convention brings together business leaders, investors, project holders and policy makers from over 30 African countries and France. Its objective is to propose meetings between African and French companies, to facilitate exchanges, to broaden partnerships and to discuss the conditions for accelerating growth and job creation.

The event took place under the High Patronage of the President of the Republic, Felix Antoine Tshiseked. 400 people attended the conference day on Tuesday November 22 and a total of about 1,000 decision-makers were present.

The first day was dedicated to 6 conferences on various themes. The next two days were dedicated to business meetings.

The modernization of transport and logistics equipment what roadmap for the DRC?

SOGET spoke on the topic of transport logistics during this conference led by Marc Hoffmeister, General Commissioner of the Africa Meetings and CEO of Classe Export.

Cleaning up the foreign trade environment

The conference was introduced by Professor Henry Gerendawele Ngbase, Deputy Director General of ANAPEX (National Agency for Export Promotion). He highlighted the correlation between logistics, the Single Window and foreign trade.

Recalling that foreign trade involves several actors and several documents to be processed, which can cause delay. It was therefore essential to put in place an intelligent mechanism to simplify procedures and dematerialize documents, hence the establishment of a GUICE – Guichet Unique Intégral du Commerce Extérieur -, operated by SEGUCE. The latter has allowed to clean up the foreign trade environment, to trace operations, as well as transparency in the interventions and activities of stakeholders.

Mr. Stéphane Gaudechon, Vice President of Bureau Veritas, then went on to explain the merits of the system, making the GUCE a remarkable trade facilitation tool. The scope covered by the Single Window in the DRC is remarkable since it covers the port, airport and land areas. It also leads to the digitalization of Africa and brings many benefits to customers.

The automation, security and traceability of the processes offer a passage time of goods divided by 10 (from 45 to 4 days). All Congolese companies are interfaced with the Single Window. As well as the 18 banks present in the country. All these actions lead to the dematerialization of all documents.

The railway as a solution

Mr. Lionel Sohier, General Manager of CMA CGM, highlighted the difficulties encountered in the field. The DRC is a congested megalopolis with 17 million inhabitants. The Port of Matadi currently handles 110,000 TEUs and this figure is expected to grow by 5 to 10% annually.

The transport of goods is sometimes very complicated due to the state of the roads and the lack of railways to allow for rail transport.

The floor was then given to Mr. Philippe Dehays, Vice-President of the UPR. With its locations in Le Havre, Rouen and Paris, HAROPA is the leading groupage port in Africa on the North-South axis.

HAROPA carries out more than 150 direct links in the world, almost half of which are to African ports. About twenty departures are organized each week to Africa.

Mr. Hervé Cornède, President of SOGET came to conclude this conference. He highlighted the resilience of GUCE in the Democratic Republic of Congo.

SOGET’s objectives are to make business processes competitive, to boost and optimize infrastructures, to make the country more competitive and to secure investors.